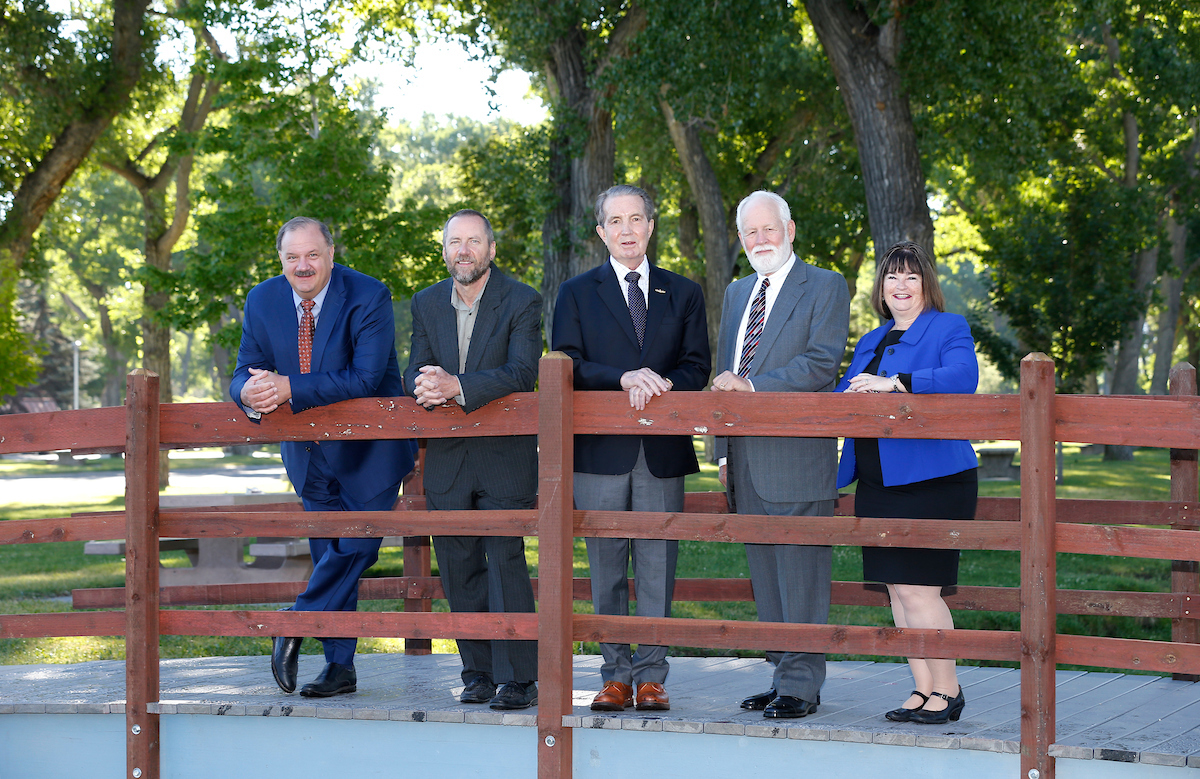 The authority, duties and responsibilities of the members of the Carson City Board of Supervisors may be found in the Charter, Carson City Municipal Code, and the Nevada Revised Statutes.

In general terms, the Board is charged with providing orderly government and safeguarding the general health, welfare, and safety of its citizens.

Following the consolidation of Ormsby County and Carson City in 1969, the local governing body is composed of a five-member elected representation called the Board of Supervisors. The Mayor and four Supervisors are elected by and accountable to the voters. They are all elected-at-large; however, the four Supervisors must reside within the boundaries of their respective Wards 1 through 4. All of the members of the Board serve a 4-year staggered terms. The Mayor and Supervisors from Ward 2 and Ward 4 are elected during the Presidential election years. The Supervisors from Ward 1 and Ward 3 are elected during off-Presidential election years.

The Mayor is Chairman of and presides over all Board meetings. He is also recognized as the head of local government for ceremonial purposes, and during emergency civil or military disturbances.

The Board of Supervisors is the legislative and executive branch of the Carson City Consolidated Municipality. All power is concentrated in this elected body as a whole. Its members are the community’s decision makers. The Board enacts all laws and are the key political and policymakers. The members are responsible for soliciting citizen views in forming these policies and interpreting them to the public.

The Board of Supervisors is responsible for appointing the City Manager, the Internal Auditor, the Public Guardian and the Chief of Alternative Sentencing.

The organization functions under the council-manager form of government whereby the Board is the policymaking arm and City Manager is the administrative and operational arm of the full service government.

Two regular public meetings are held by the Board of Supervisors, on the first and third Thursdays of each month beginning at 8:30 a.m. in the Sierra Room of the Community Center. Throughout the year the Board may hold special meetings to address key issues such as the budget, strategic planning workshops, and deliberations on issues of general or special interest. These meetings are televised live and can be viewed on Channel 191 as well as webcast and archived on carson.org/granicus/. (NOTE:  Carson City does not have control over the content broadcasted on channel 191.)