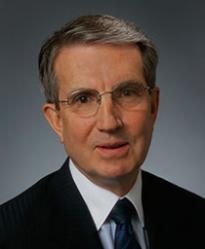 Robert L. "Bob" Crowell is a native Nevadan, born in the mining town of Tonopah and raised in Carson City. An attorney by profession, Bob is a Vietnam Veteran and retired Navy Captain.

In his capacity as Mayor, Bob serves as Carson City’s representative on the Nevada Association of Counties Board of Directors and is that organization’s representative on Board of Indigent Defense Services created by 80th session of the Nevada Legislature and appointed by the Governor.  Bob also serves as the president of the Nevada League of Cities and Municipalities.  He is a member of the Carson City Redevelopment Authority and chairs the Partnership Carson City Advisory Committee. He is the recipient of 2015 DeBoer Award for Distinguished Leadership by an Elected Official from the Nevada Chapter of the American Planning Association for his role in Carson City's Downtown Urban Design Streetscape Project as well as the Robert Broadbent Distinguished Service Award from the Nevada Chapter of the American Public Works Association.  He is a recipient of the Participatory Democracy Award for 2018 from the Nevada Association of Counties, which is its highest award.

Bob is a retired stockholder partner in the statewide law firm, Kaempfer Crowell, with offices in Carson City, Reno and Las Vegas. Prior to retirement, Bob's practice emphasized government relations including legislative affairs, administrative/regulatory matters, ethics in government as well as election and initiative petition law. He was chosen by fellow lobbyists to be included in the Nevada Lobbyist Hall of Fame and is the recipient of the State Bar of Nevada Presidential Award recognizing a member whose conduct, honesty and integrity represents the highest standards of the legal profession.

Active in his State, Bob is past president of the State Bar of Nevada having served on its Board of Governors for seven years. He has chaired the Nevada Mandatory Continuing Legal Education Board, which oversees Nevada’s continuing legal education program under the direction of the Supreme Court of Nevada.  He is a past member of the Board of Directors of the Nevada Legal Services organization. Bob has also served as a member of the Colorado River Commission (a gubernatorial appointment) and has twice held the position of Chairman of that agency. The Colorado River Commission is responsible for overseeing Nevada's allocation of water and power from the Colorado River.

Bob is a life member of Vietnam Veterans of America and a member of that organization’s local Chapter 388. He was honored to be selected to be part of the "first in the country" Honor Flight for Vietnam Veterans by Honor Flight Nevada, as well as a member of the Sons of the American Revolution, American Legion, Marine Corps League Auxiliary and Charter President of the Carson City Council of the Navy League. He is a graduate of the Naval War College short course on war.

Bob earned his undergraduate degree in economics from Stanford University in 1967 and his Doctor of Jurisprudence degree from Hastings College of the Law in 1973. He was admitted to the State Bar of Nevada in 1973. He is a member of the Bar Register of Preeminent Lawyers and included in Best Lawyers in America in the fields of Government Relations and Energy Law for the past twenty-five years. He is admitted to practice before the United States Supreme Court. He is married to his wife of 49 years, Susan. They have four children and two grandchildren.