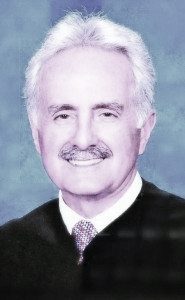 Michael E. Fondi was elected twice as District Attorney, in 1970 and 1974. He ascended to the First Judicial District Court in July 1977 and served as the senior judge of our Court until his retirement in 2000. Mr. Fondi completed over 30 years of distinguished public service as lawyer and jurist.