The Carson City, Nevada Hazard Mitigation Plan has been updated in compliance with Section 322 of the Robert T. Stafford Disaster Relief and Emergency Assistance Act (Stafford Act or the Act), 42 U.S.C. 5165, enacted under Sec. 104 the Disaster Mitigation Act of 2000 (DMA 2000), Public Law 106-390 of October 30, 2000. Since the first plan was adopted in 2005, 11 mitigation actions have been completed. This updated plan identifies on-going and new hazard mitigation actions intended to eliminate or reduce the effects of future disasters throughout the City.

Due to the graphics-oriented, and consequently, large file size of the plan as a single document, for optimal viewing/downloading purposes, we recommend a high-speed internet connection.  This document is formatted in Portable Document Format (PDF). 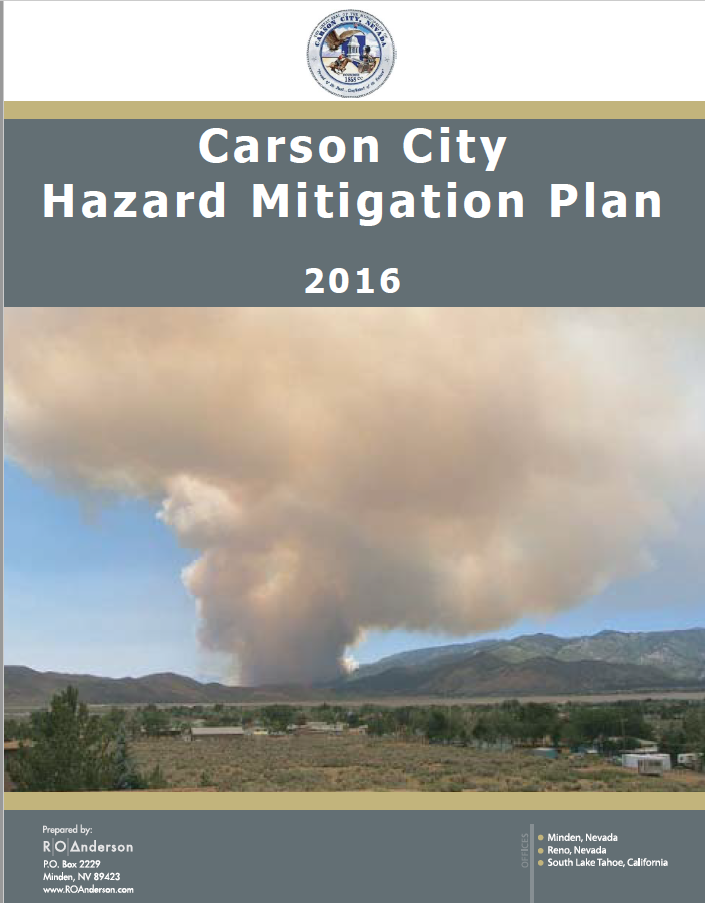