The Empire Cemetery is also located within the city limits. It has a historical marker locating the site, which is on a hill east of town. The site parallels Highway 50 East. Many founders of the community of Empire, as well as Carson City, are buried there. Most prominent of those buried there is the founder of Empire City himself, Nicholas Ambrose, born October 8, 1824, died May 22, 1880 (his marker is shown here). His wife, Rebecca, born 1834, died 1912, is also buried there. 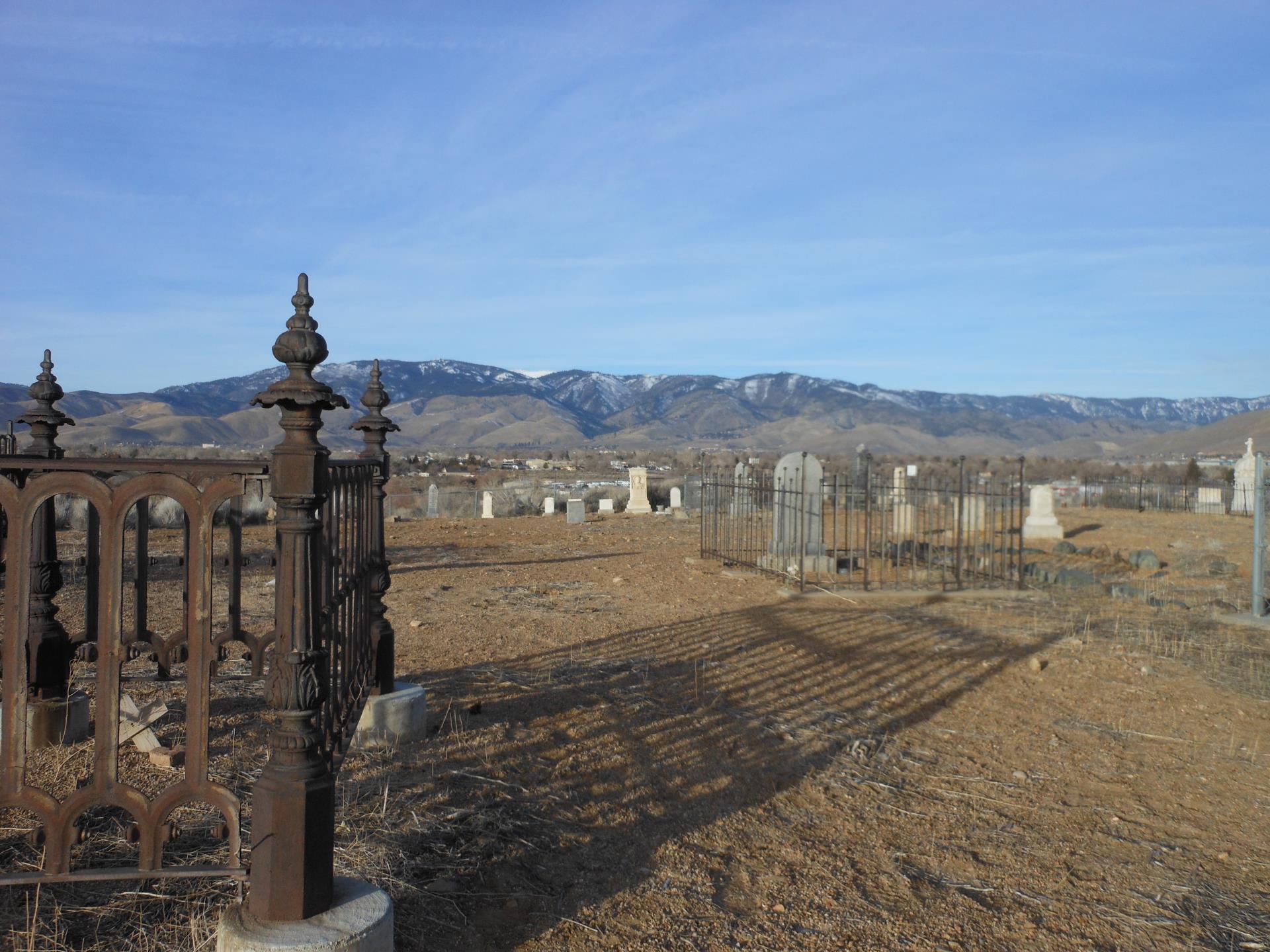