The first known cemetery in Carson City was originally called the Pioneer Cemetery. It is located at the west end of Fifth Street. It was here that Major William Ormsby and his scout, William S. Allen, were buried when killed at the Battle of Pyramid Lake on May 12, 1860. Allen's grave remains, but Major Ormsby's body was moved to the Wright Cemetery in 1865, and in 1880 he was exhumed and moved to Oakland by the family. Finally, in 1907 his remains were cremated and taken to New York. The large granite cross dedicated to Ormsby and Allen, along with a handful of headstones, still remain on the small hillside cemetery. 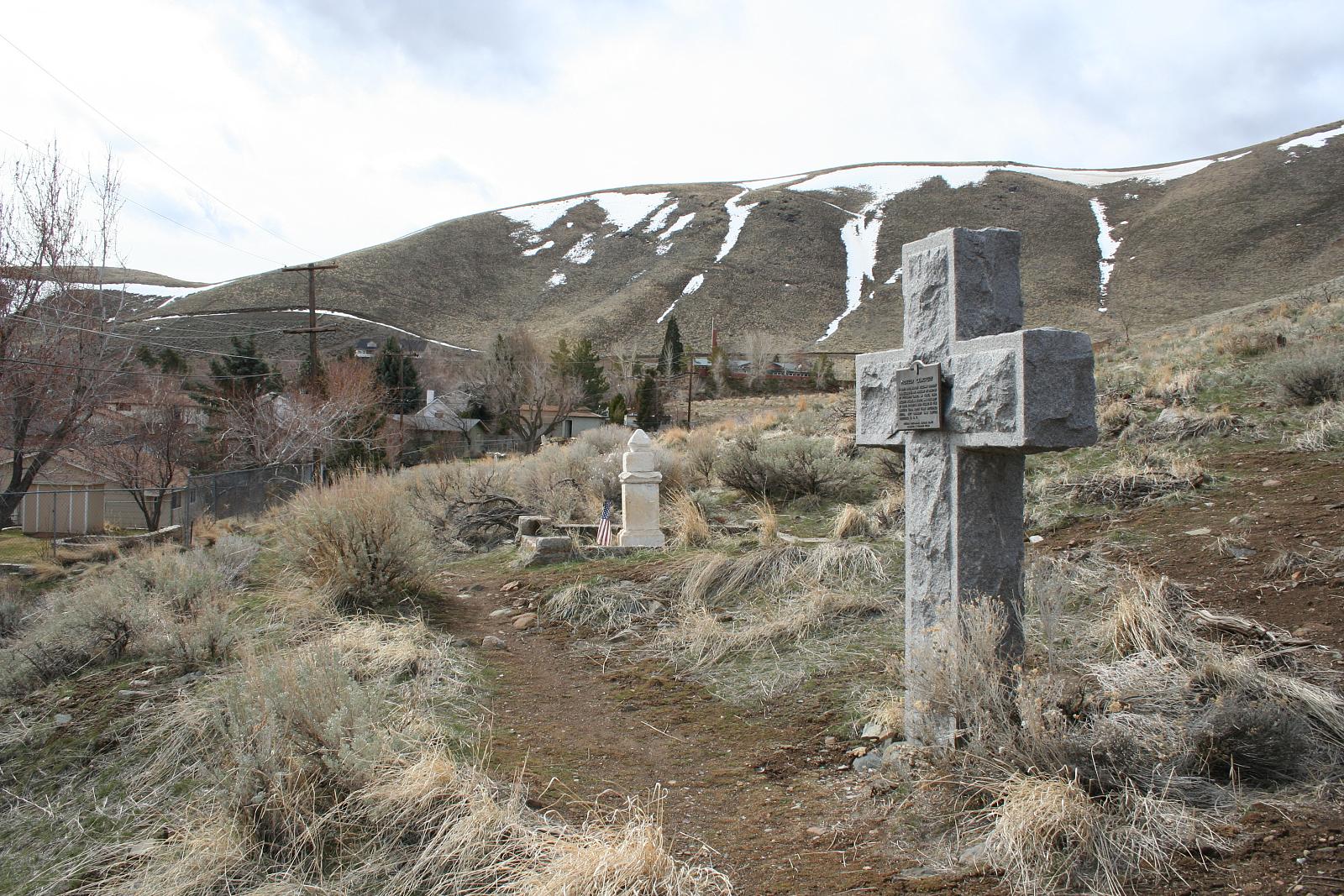