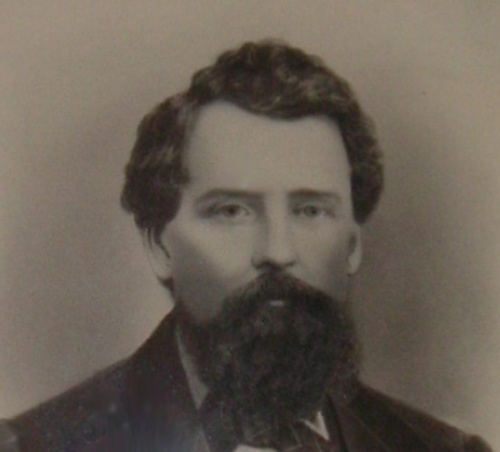 James Doane Roberts was co-owner of the Roberts and Corbett Saloon located across the street from the Virginia and Truckee Railroad Depot, in which the Carson Lodge of the Masonic Temple is currently housed. He was also involved in mining. He married Anne Griffin of Liverpool, England, in Virginia City in 1864. They had nine children: Three died as infants, Charles and George died in childhood, Richard was a musician, Mary was a school-teacher (who married Philip McGrath, Superintendent of the now defunct Carson & Colorado Railroad Company), Josephine worked for Governor John Sparks, and Thurman was the youngest child.

For many years the Roberts House was the home of Thurman Roberts and his wife Hattie Hale Roberts. Thurman was a miner as well as an employee of the Carson & Colorado Railroad. Hattie was the granddaughter of Calvin Hale, a founder of the Hale & Norcross Mine in Virginia City, and a direct descendent of American patriot Nathan Hale.

Thurman Roberts willed the property to the children of Nevada. The Carson City (then Ormsby County) Public Works Department planned to raze the house and develop the property into a small park, but the outcry of the local citizenry brought about the creation of the Nevada Landmarks Society, who successfully headed efforts to save the house.

The Nevada Landmarks Society (the Carson City Historical Society since August 20, 2002) has raised thousands of dollars for the restoration of the house, and continues to raise funds through its yard sales, teas, tours, and grant-writing activities. The newest project is the construction of a two-story carriage house which will be directly behind the house. The original carriage house was not moved with the house itself from Washoe City in 1873. 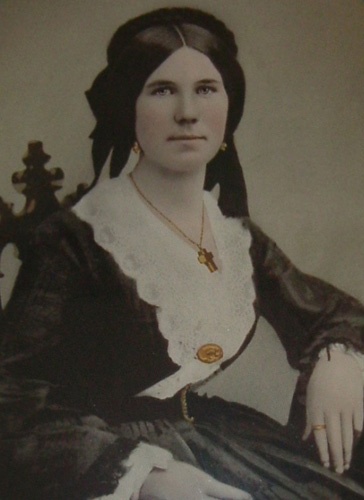 Annie Griffin Roberts was born November 11, 1844, in Liverpool, England. Her father's name was James Griffin, and her mother's name was Annie Malion. Both were born in England. She was 8 years old when her brother went to England to get her and bring her to America. On his way to California, he left her with relatives in New Orleans where she had a Governess. She was 16 when she arrived in California. In 1860 she entered the Notre Dame Convent in San Jose. She was a well educated young lady.

Annie stayed in San Jose for two years and then went with her brother to Virginia City on the stage.  The stage was owned by the Pioneer Stage Company in San Francisco and went through Yanks (now Tallac) and through Kingsbury Grade in Genoa. She lived in Virginia City and worked for her Uncle Griffith.

Annie met her husband, James Doane Roberts, in Virginia City. They were married and went to live in Washoe City. When Annie and her new husband moved to Washoe City there were about 6,000 people living there. There were five quartz mills running -- the Atchinson, Lummis, Platoes, New York, and Manhattan. Near the city was the Opher Mill.

James leased a big hotel with about 50 rooms called the "Lake House," which the Roberts rented out. Many of the duck hunters would stop there and also there were ice skaters in the winter. According to "Pioneers of the Ponderosa" by Myra Ratay, "The finest inn at Washoe City was Ross and Patrick's fifty-room Lake House on the north shore of Washoe Lake. This fine building was modeled after the Lake House in Reno and entertained prominent visitors to the City as well as welcoming year-round guests such as Orvis Ring, school teacher. The Lake House was plagued with fires in 1866. First the stables burned down, killing two cows and a horse and slightly injuring a cow and the hotel roof. A few months later the hotel itself caught fire and J. D. Roberts, who had leased the establishment in 1864, faced a loss of $8,000. Eventually the entire structure was eradicated by flames."  James and Annie then moved to a two-story home in Old Washoe City and boarded travelers in the upstairs rooms.

Another famous place in Washoe City was Bower's Mansion. Annie wrote letters for Mrs. Bowers and she talks about the Mansion as an elegant place with cups made of silver bullion.

In 1872 Washoe City was closing up and they had to move.  James found a lot in the Rice and Peters subdivision in Carson City that they could lease, so they moved their house to Carson City. There are a few pictures that were taken by a passing photographer. Here is the home with fruit trees planted around the house. The house is still on the skids from the railroad car that it was transported on. There in front of the house is Annie Roberts and her daughter Josie, who later worked for Governor Sparks. Carson City at that time was the capitol of Nevada and a supply center for merchandize, fluming, and lumbering industries. James Doane made a living running a saloon.

Annie lived in the Roberts House 50 years until her death February 17, 1927. She was 83 when she died of cerebral apoplexy. She is buried in Lone Mountain Cemetery in Carson City. 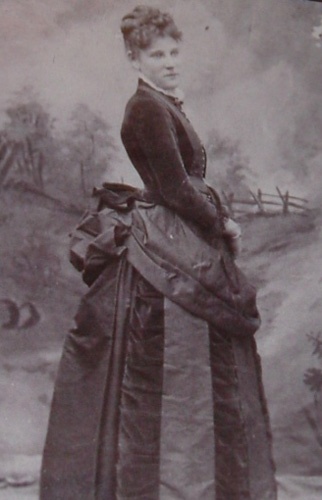 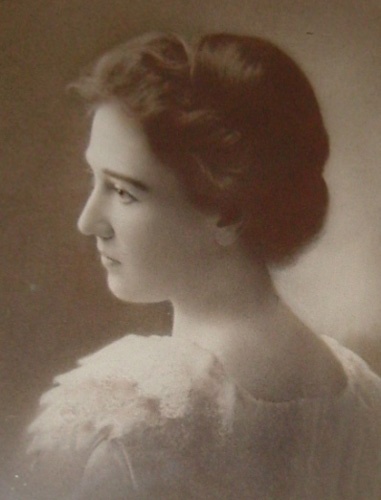