The Moffat Open Space was the first acquisition of the Open Space Division, purchased from William H. Moffat. In the early 1920s, William Moffat (1875-1963) amassed vast areas of Nevada rangeland from Carson City to Elko County. He founded the Union Land & Cattle Company and the Union Wool Company, which operated an integrated livestock enterprise including raising, shipping, and marketing beef. A memorial plaque to honor the Moffat family and their legacy to the ranching industry in Nevada is found at the summit

Moffat Open Space contains a diverse landscape and plant composition. Lower Kings Canyon Creek (also known as Eagle Valley Creek), is located at 4,600’ and flows west to east through the property. This creek carries the combined flow for all drainages on the west side of Carson City. Lower Kings Canyon Creek is a fairly narrow channel with a small population of rushes, sedges, and cattails. The creek bank is bordered primarily by perennial grass. The uplands are shrub-dominated with sagebrush, ephedra, rabbitbrush, horsebrush, and others with sparse occurrences of native grasses including Basin wild rye. 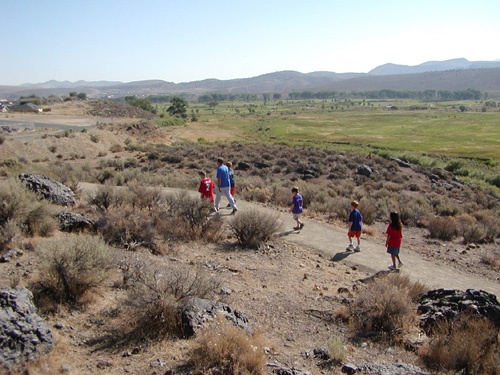 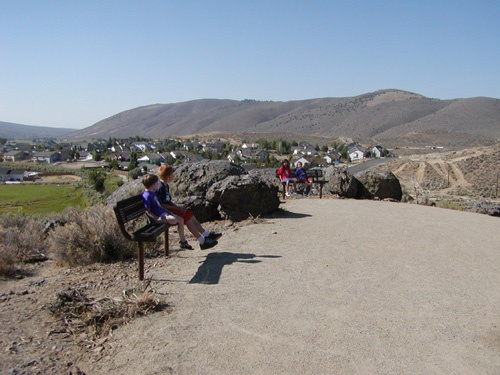