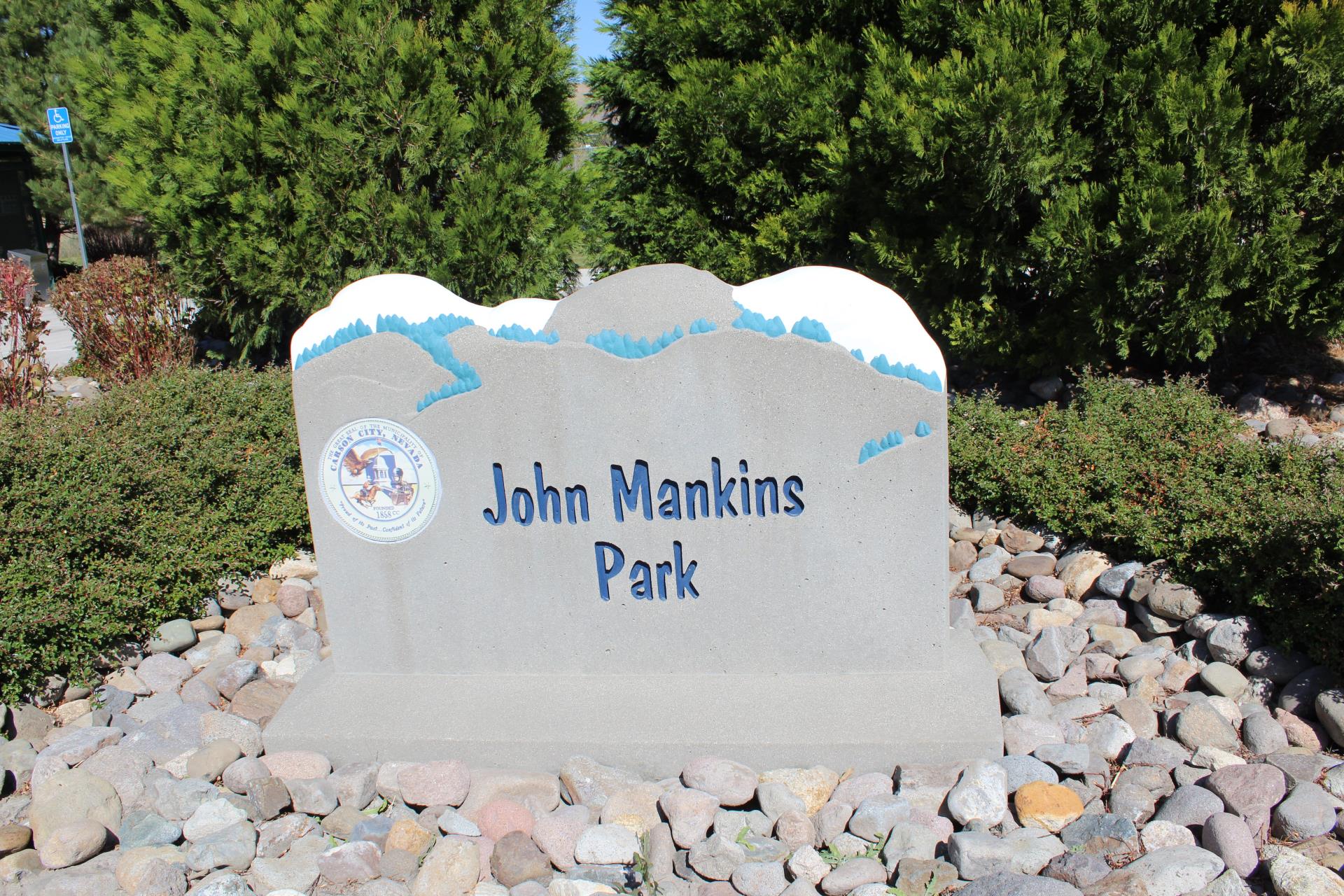 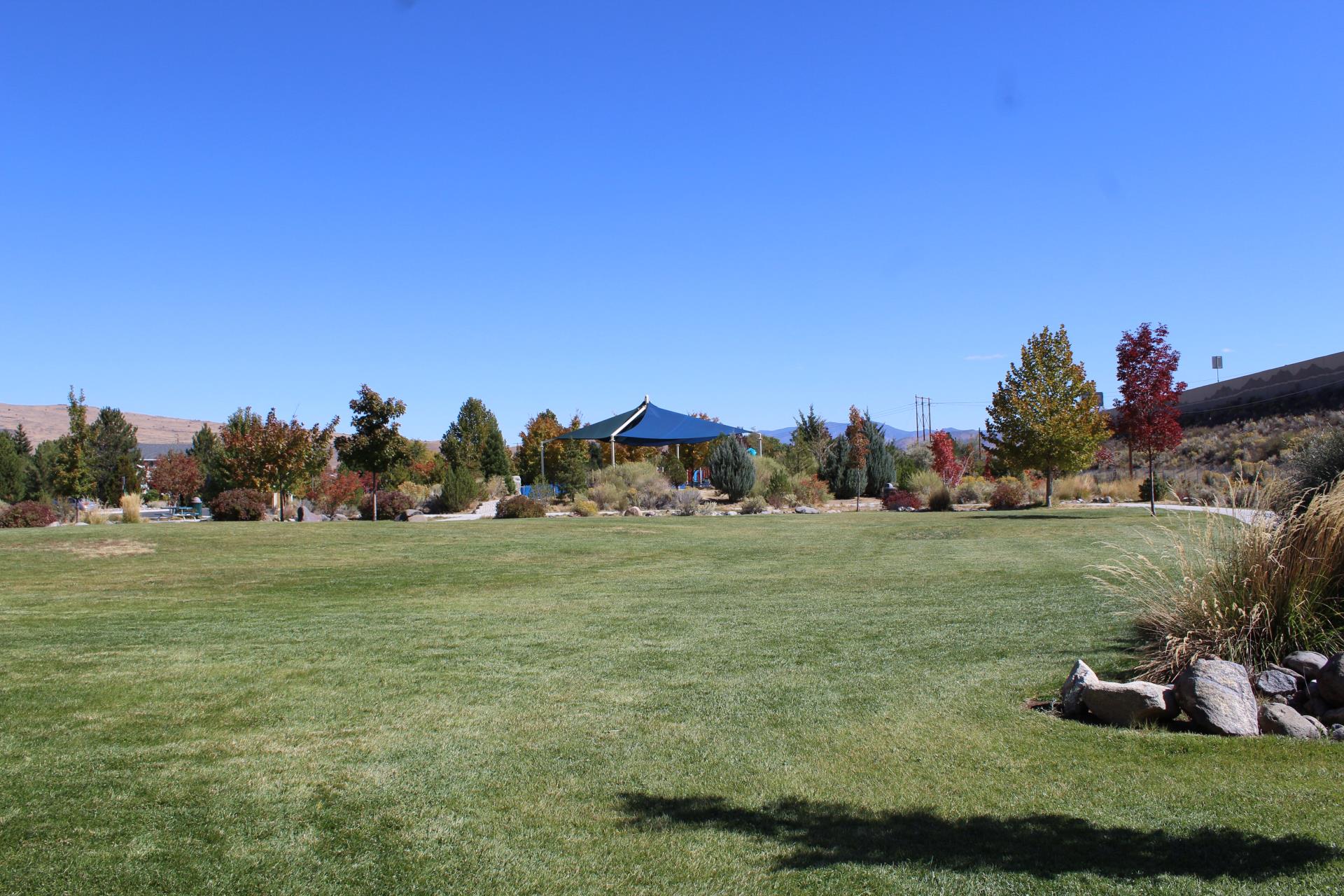 Early Nevada--in this case western Utah Territory--had its share of hardscrabble pioneers whose lives on the frontier are marked by some mystery. Two that come quickly to mind are James “Old Virginny” Finney and the man we are honoring today John Bracken Mankins.

I suspect virtually everyone here has heard of “Old Virginny” Finney. We know the hard drinking, hard living placer miner was living in Gold Canyon as early as 1850. The legendary stories abound of his drinking and mining exploits. We know Virginia City was named in 1859 for the man that helped found one of the world’s greatest mining towns. Arguably James “Old Virginny” Finney--who died after being thrown from a horse in 1861, some suggest while on a drinking spree--is a Comstock folk-hero because of his colorful lifestyle. We can visit his well-marked grave in the Dayton cemetery.

John Bracken Mankins, born in North Carolina, was also a rough-hewn pioneer who found his way to Eagle Valley from Arkansas in 1857. Mankins purchased “for a mere trifle” the possessory claims to land abandoned by Mormons called back to Salt Lake City by leader Brigham Young. The property was known as Mankins Ranch before he sold it to Abe Curry, John J. Musser, and Frank Proctor on August 12, 1858. In less than a month’s time, the California newspapers were noting the new town of Carson City--which will be celebrating its 150th birthday in 2008.

We must rely solely on Myron Angel’s History of Nevada (1881) for a description of Mankins. He was a fifty-four-year-old widower with four children and a Ute Indian boy in his household. They resided in a cabin northwest of where Carson City was originally laid out, not far from this park named in his honor.

Mankins was described as broad-shouldered, a rough, passionate, illiterate fellow, and a splendid marksman. It’s clear from the historical account in the History of Nevada you didn’t want to get on the bad side of John Mankins.

After Mankins sold his ranch in Eagle Valley for $1,000, we are told that to avoid his creditors he found his way over the Sierra Nevada to Santa Cruz. A shoot-out there sent him further south in California to live
out his life. Mankins’ children begat children, and they, in turn, begat children, and his descendants are proudly here today to witness the legacy of their patriarch honored by Carson City in dedicating a new park in his name.

In conclusion, this hardy middle-age frontiersman who we are told could out-distance virtually any man in a footrace of 50 yards--Mankins starting the race flat on his stomach--would surely have approved of this park fittingly named for him. Perhaps he even vanquished one of his competitors on or
near this site. 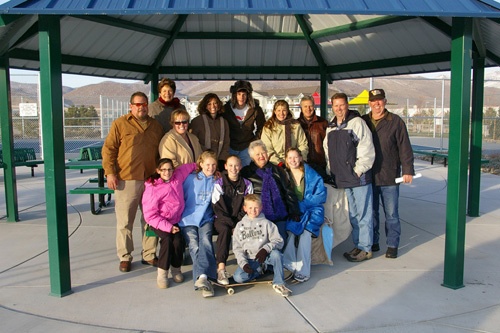 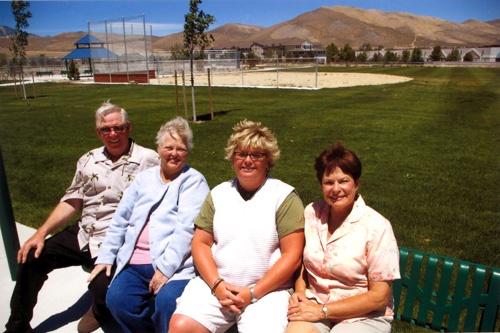