What is the difference between a Sheriff's Department and a Sheriff's Office and why should it matter?

DEPARTMENT: “One of the major divisions of the executive branch of the government . . . generally, a branch or division of governmental administration.”

OFFICE: “A right, and correspondent duty, to exercise public trust as an office. A public charge of employment. . . the most frequent occasions to use the word arise with reference to a duty and power conferred on an individual by the government, and when this is the connection, public office is a usual and more discriminating expression… in the constitutional sense, the term implies an authority to exercise some portion of the sovereign power either in making, executing, or administering the laws.


(Found at www.aransascounty sheriff.com, derived from the Sheriff Association of Texas.) 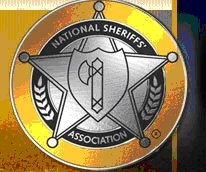