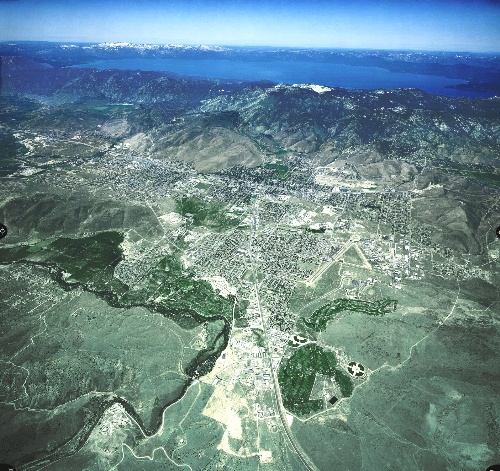 Carson City is approximately 153 square miles in area. It abuts the Sierra Nevada Mountains which are the entrance to the basin from the west and the terminus from the east. The magnificent mountains intercept and exhaust the moisture of the air currents ever flowing from the Pacific Ocean eastward, consequently they pass comparatively rainless over the broad basin region, leaving it desert-like.

Consolidation and Form of Government

The debate concerning consolidation of Ormsby County and Carson City continued for some 20 years.  Finally, the process was formally intitiated and, after two legislative sessions, and a favorable statewide vote by the citizens in 1966, the required constitutional amendment was   ratified by the electorate in November 1968.  Thereafter the 55th Session of the Legislature passed Senate Bill No. 75 and Ormsby County and Carson City were thereby consolidated into one municipal government known as Carson City Consolidated Municipality.   The Charter was approved on April 1, 1969.