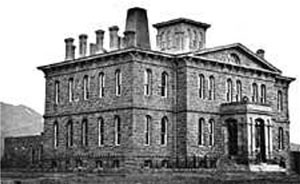 This is just one of the many fascinating tales associated with the United States Mint at Carson City, Nevada. Though it coined gold and silver only from 1870 to 1893, it has left American numismatics with a rich legacy. Most of its coins are scarce to rare, some of them being tremendous rarities. Others, such as the silver dollars of 1882-84, have survived in vast numbers for reasons that have nothing to do with their original mintage figures. All of these coins, whatever their rarity or market value, carry romantic associations with the Old West and the great bonanza years of the late 19th Century.